The Future of the
Brahms-School

with faith in his musical provenance

On the stages of the
Belle &Eacutepoque
and the twenties

Legacy of a
rich musical Life

Time witness with "intimate joy of being
and composing"

Unlock the musical heritage for the musicians today

Based on the studies and research on Robert Kahn, this project attempts to explore the musical Life and works of Robert Kahn with the means of our time.

This comprises not only the documentation of available background information or score reconstruction of unkown manuscripts and their audible realisations or first recordings of vocal and chamber music on klassik-resampled.de. The project klassik-resampled.de is currently focusing its attention on the first acoustic realization of all 1160 piano pieces in the diary in music, written in Kahn's last 15 creative years in his british exile.
In the long term, beside documentation of life and work or available acoustic realizations of Kahn's compositions, another task will also be to make the scores of Kahns compositions available, which - in respect to currently existing copyrights - could only be provided after 2022 . This website should become the most comprehensive site for all resources about the Life and music of Robert Kahn.

With the Brahms-tradition into the modern century

Robert Kahn, was born on 21 July 1865 in Mannheim, as son of one of the wealthiest Jewish families in Mannheim. At an early age his musical talent was promoted through piano lessons with Emil Pauer and Ernst Franck and composition lessons with Vinzenz Lachner, the brother of Schubert's friend Franz Lachner. 1882 - 1885 Robert Kahn studied composition at the Royal Academy of Music which was directed by Brahms friend Joseph Joachim where Kahn met other Brahms-Friends like Heinrich von Herzogenberg and studied composition with Friedrich Kiel and Woldemar Bargiel and piano with Ernst Rudorff. 1885/86 Kahn changed at the Academy of Music in Munich where he studied with Joseph Rheinberger (composition) and Heinrich Schwartz (piano). Whether through his teachers or the lively cultural participation of his family Kahn found early appreciation and personal support from the side of the Brahms circle, such as Joseph Joachim, Hans von Bülow, Clara Schumann and even Johannes Brahms itself. Still in the 80s Kahn published in Mannheim his first piano variations op.1 and Lieder op.2. In 1887 he was in Vienna for a few months in close and formative contact with Brahms.

From 1890, after a performance of his Two Songs for Soloists, Female Choir and Orchestra op. 10 at the Hochschule in Berlin, a series of important performances took place. Hans von Bülow presented with the Berliner Philharmoniker Kahn's unprinted Serenade "Aus dem Jugendzeit & rdquo; and Kahn's 1st String Quartet in A major Op. 8 was performed by the Joseph Joachim Quartet.

From 1890 to 1893 he worked under Emil Paur as an accompanist at the Opera in Leipzig, but also led a women's choir with students of Thekla Friedländer.

While he became in the following years fanous both as a chamber musician and as a composer of songs and chamber music he taught at the Royal Academy for music in Berlin since 1893 for the first time and taught from 1897 regular piano and ensemble playing as well as theory and composition.

In 1895 a composition evening was celebrated by critics as a social event. With Amalie Joachim he presented 1897 Johannes Brahms " Four Serious Songs " Op. 121 for the Berlin premiere. At the turn of the century, Kahn became frined of poets such as Christian Morgenstern and Gerhart Hauptmann, whose poems he was able to set to music even before they were published. In 1900 he married his student Katharina Hertel, the daughter of the painter Albert Hertel and granddaughter of the composer Peter Hertel. Until the 1930s, Kahn was regularly performed as a Lied chamber music and choir composer in Germany and above all in Berlin and regularly performed with artists such as Johannes Messchaert, Emmy Destinn and Carl Halir, Karl Klingler, Josef Szigeti or Adolf Busch. Beside his reputation as a musician, Kahn was also honored with various public functions. In 1904 he was appointed professor and in 1917 full professor of the Royal Academy of Music in Berlin. From 1906 he was on the advisory board of the cooperative German composer, from 1915 full member and from 1917 senator of the Royal Academy of Arts. He belonged to the Prussian Chamber of Experts. Nevertheless, until the last years of his life in British exile, Kahn always remained in harmony with his musical giving nevertheless independent and new answers to questions which music has to be composed in his own time.

In 1930 he retired from the college and in 1934 was referring on the new "Berufsbeamtengesetz" (civil service law) dismissed of his membership in the Academy of Arts. In 1931 he retires to his country estate in Feldberg in Mecklenburg, until he emigrated to England in 1939, where Kahn worked as a composer in Ashton / Surrey and Biddenden / Kent until 1951, creating apparently one of the most comprehensive collections of piano pieces.

His extensive and for each profiled performer attractive songs, choirs, chamber music and piano music creations is increasingly discovered for the concert repertoire in the recent years. This project also wants to contribute to this exploration of Robert Kahns life nd works with information, materials and sound examples.

" On the 5th of October I played in the evening a violin sonata by Kahn with Koning, which pleased me very much, more than anything else from a younger composers for a long time. There is passion, warmth, grace, excellent work, but he leans very much on Brahms and Schumann, but that does no harm when it comes with so much talent."

“Real pleasure makes us Kahn. It works in him on itself ... Those are the right ones. Like a deer they care for the right nutrition for themselves."

“May the composer's muse always preserve for him this creative joy and the artistic nobility by which he has achieved a leading position in the series of contemporary tone poets."

"This music is touched by a breeze of heartfelt pleasure in being and creating. All the pieces are concipated on the sunny side of life ... written for quieter and finer people who do not look at big Eclat "."

"For, as the one thing proceeds from the other, stretches and unfolds in free, beautiful development, until the simple melody-bud has become a miracle-flower, shining in brilliant colors, that is truly astonishing, how it could only the finished master have learned from his great ideal, like no other."

"In Robert Kahn we have a composer of independent, unaffected invention, who creates melodies, real melodies and harmonies of natural charm, and to whom no secret of meaningful masterful design remains occult. The truth of his music goes for him above and beyond everythin else."

Robert Kahn (* 1865), who likes to follow classical models in his formal structure, enthuses about Schumann and Brahms, but certainly can not be considered a romantic, since he has always felt like a modern man. " 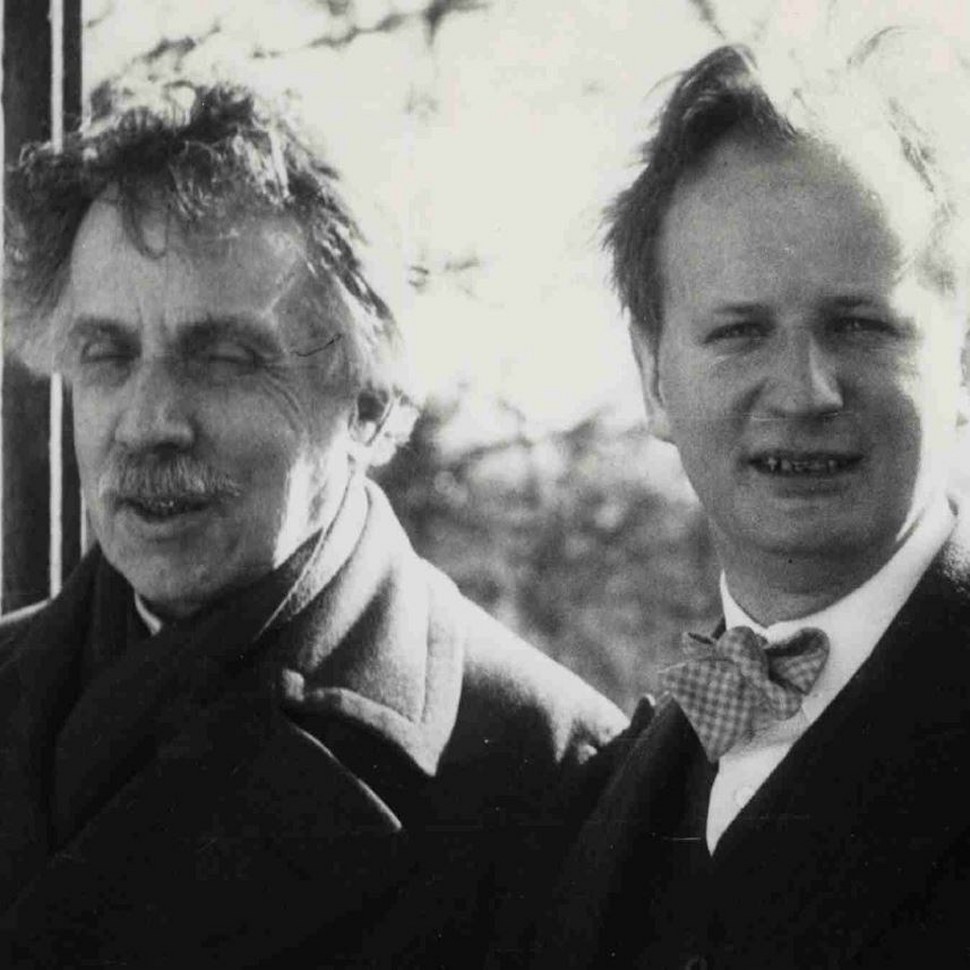 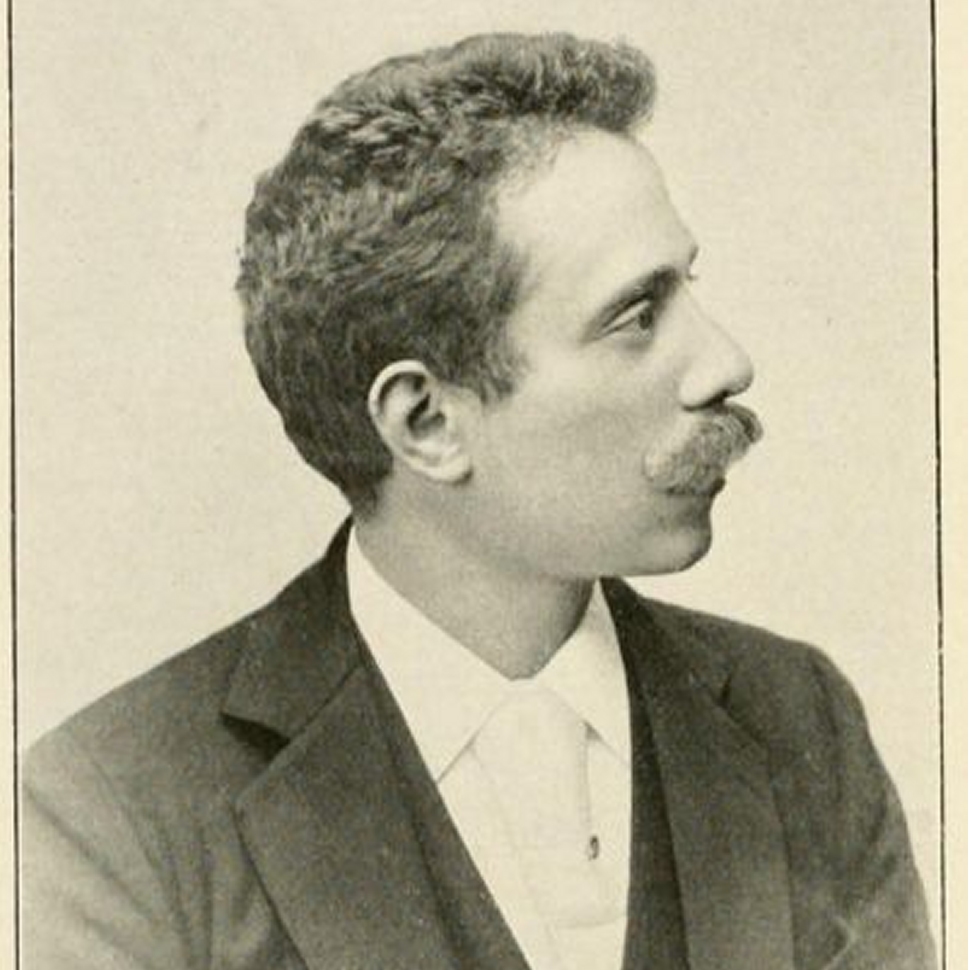 Singing a Song in a foreign Country

Robert Kahn Website of the RCM London about Composers in Exil 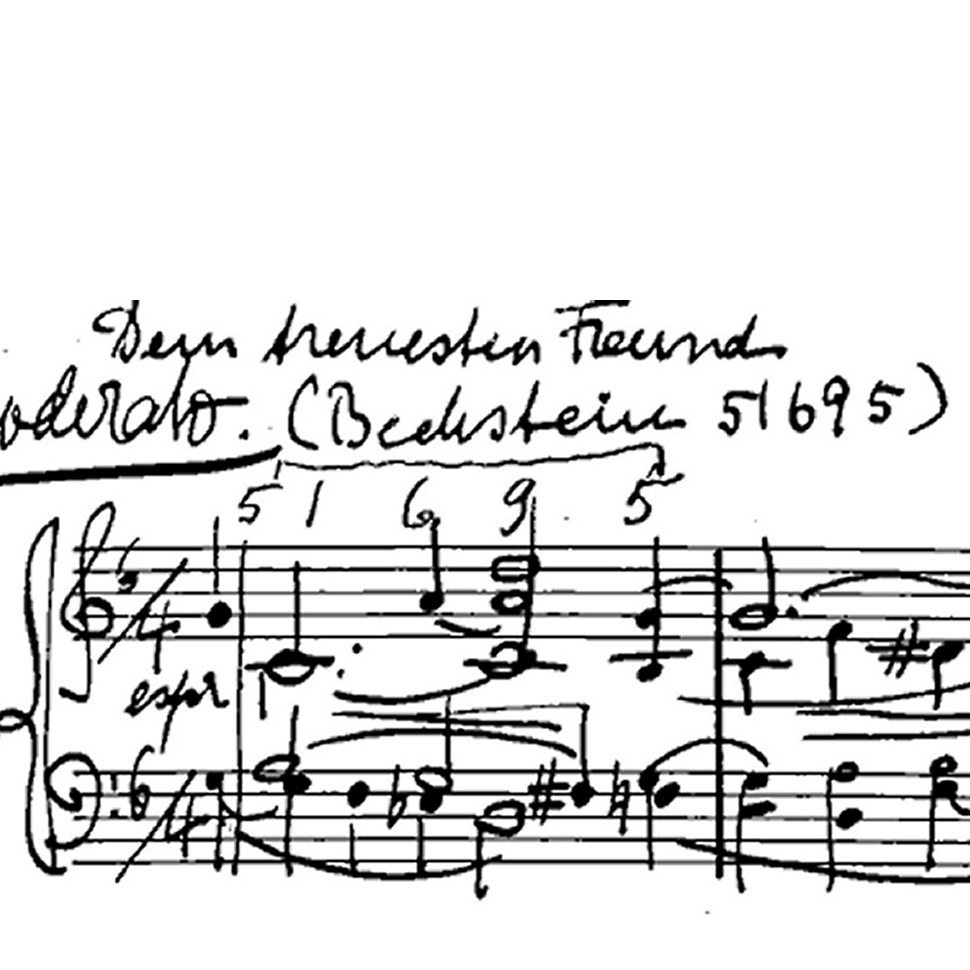 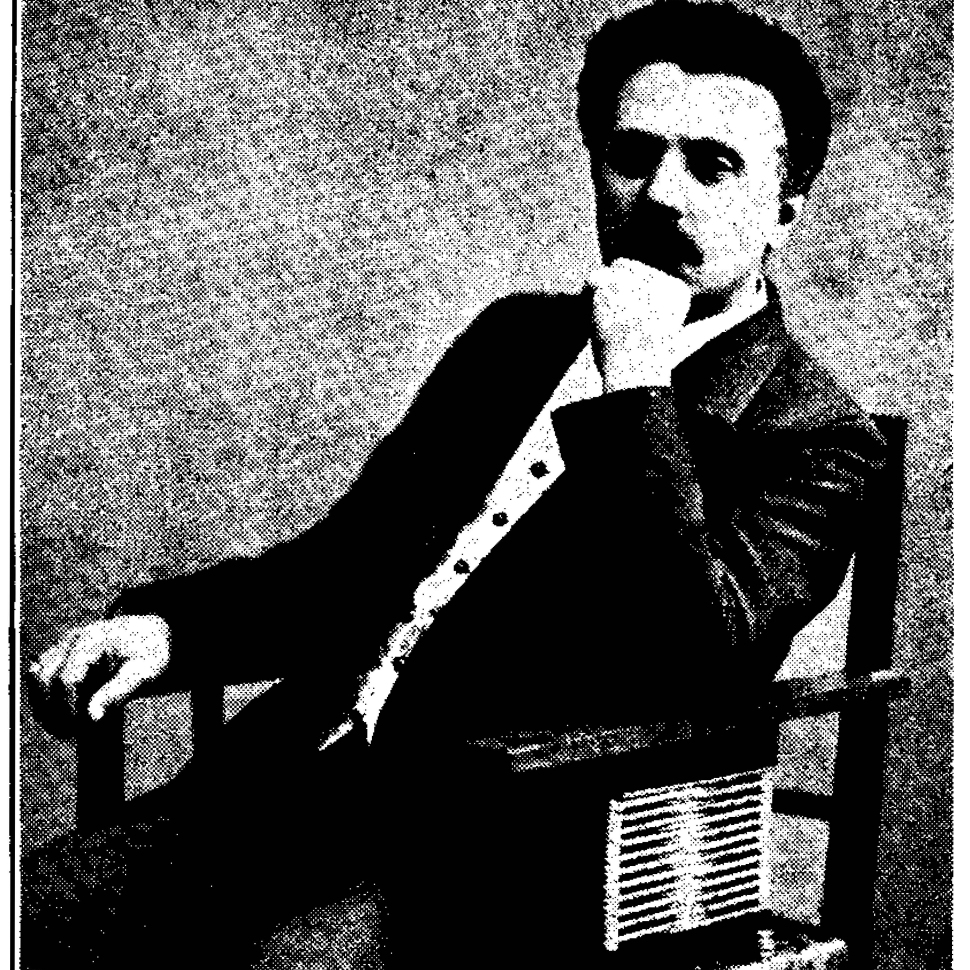 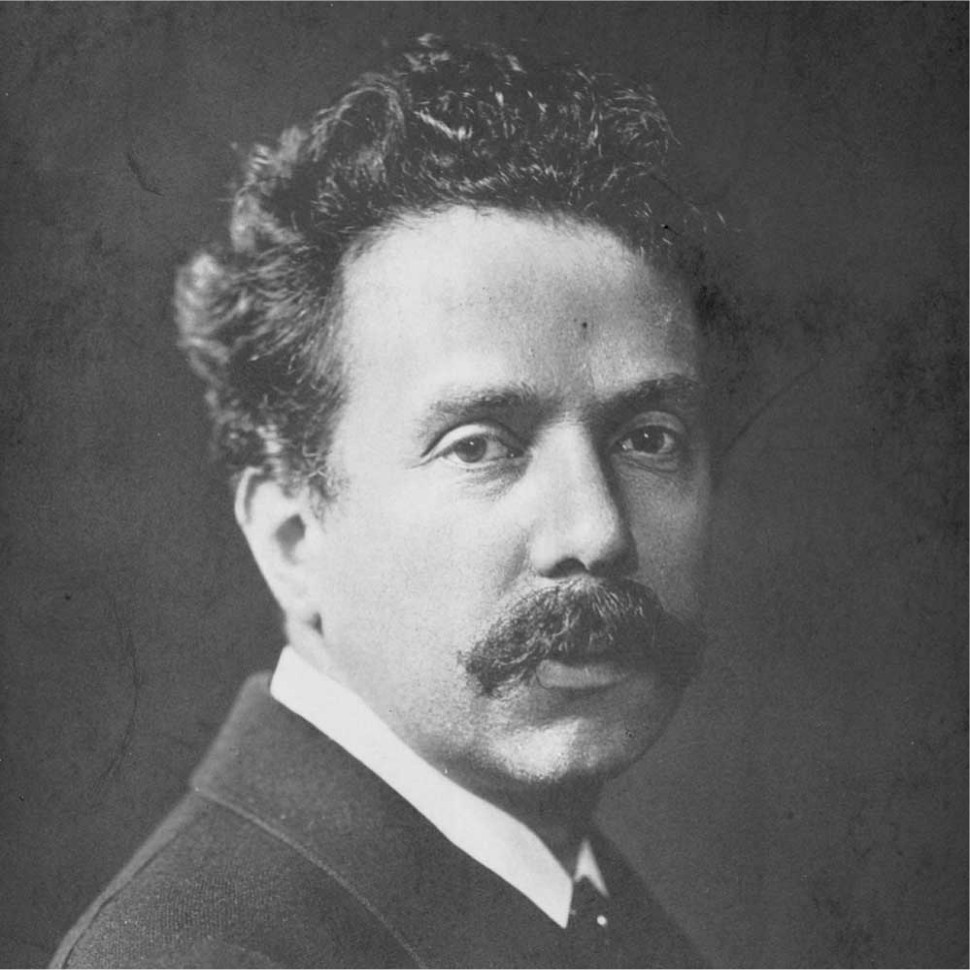 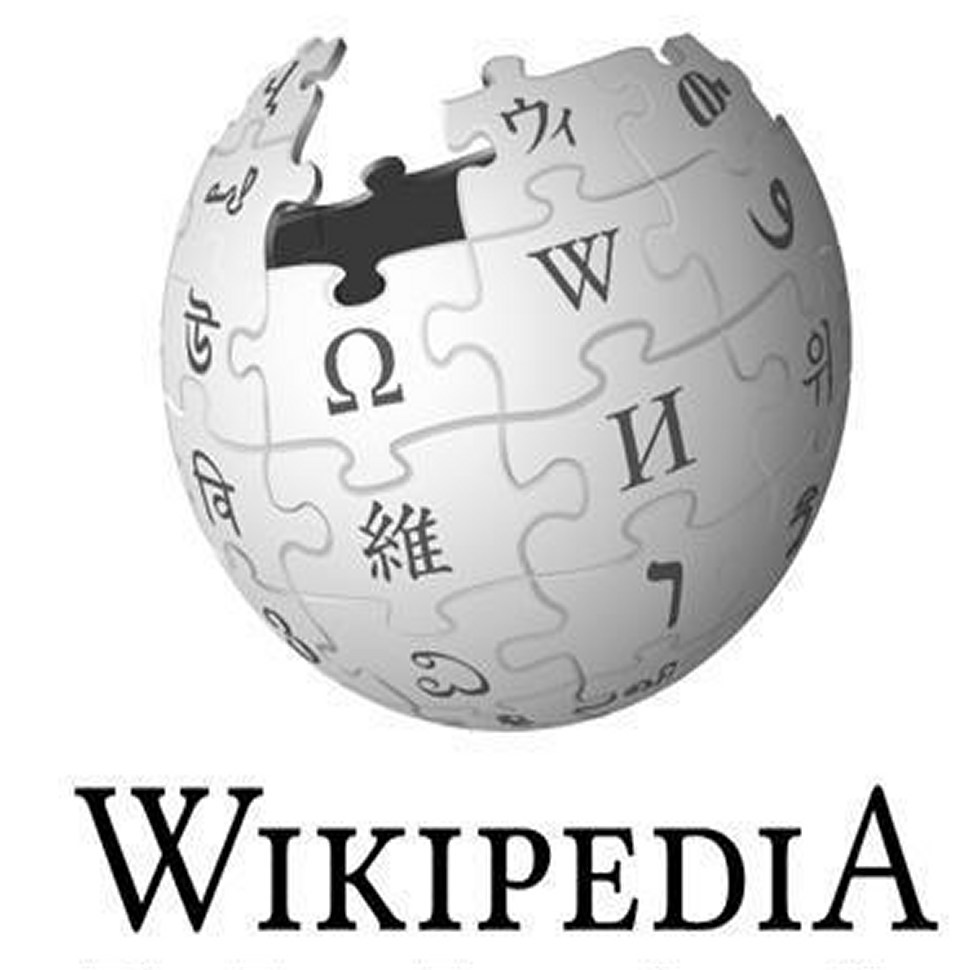 Overview of Life and Work 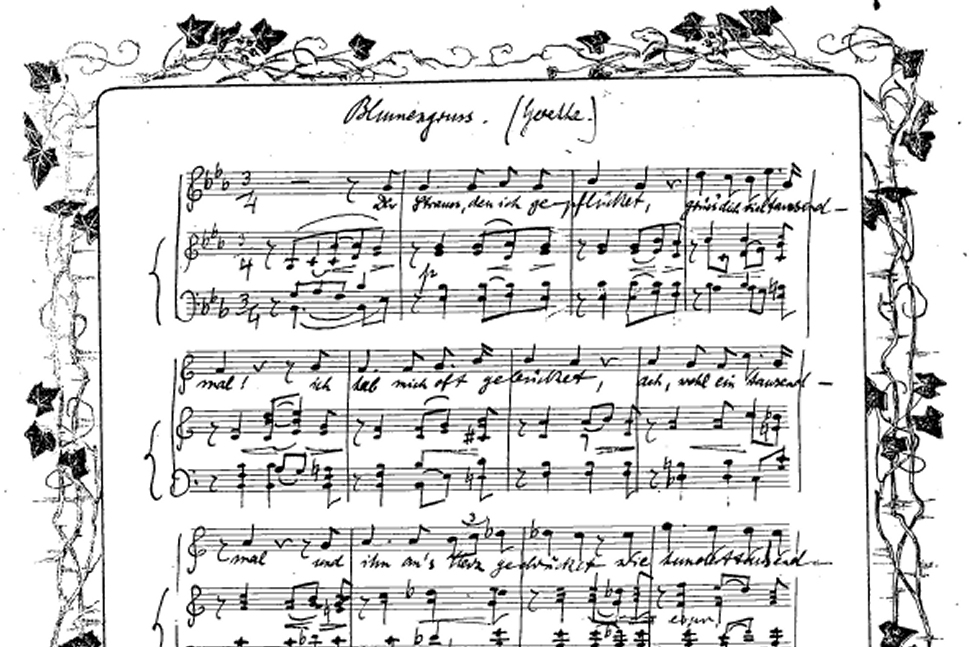 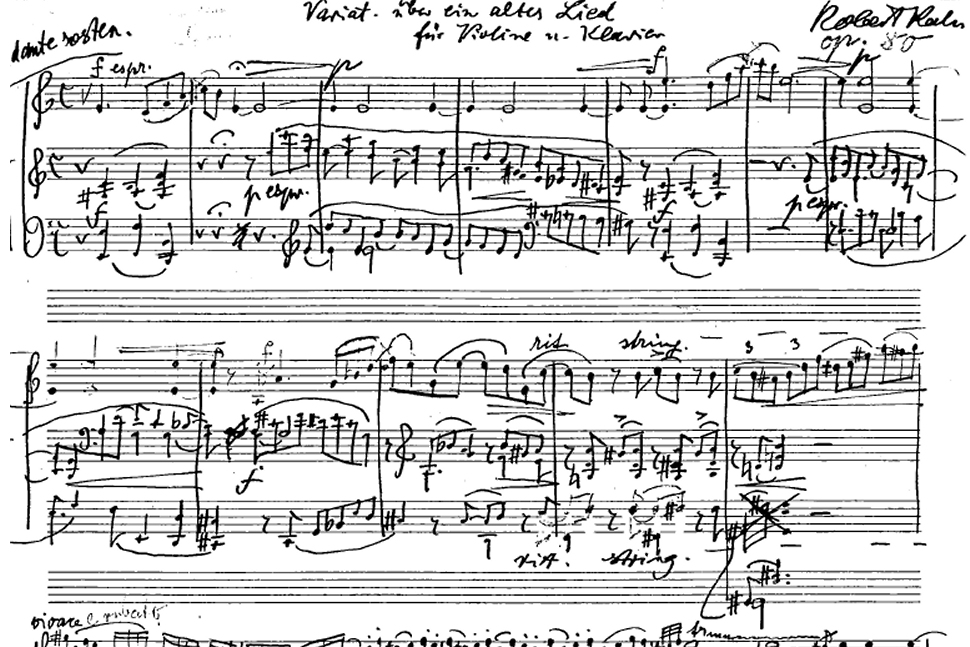 Works for one String player and Piano 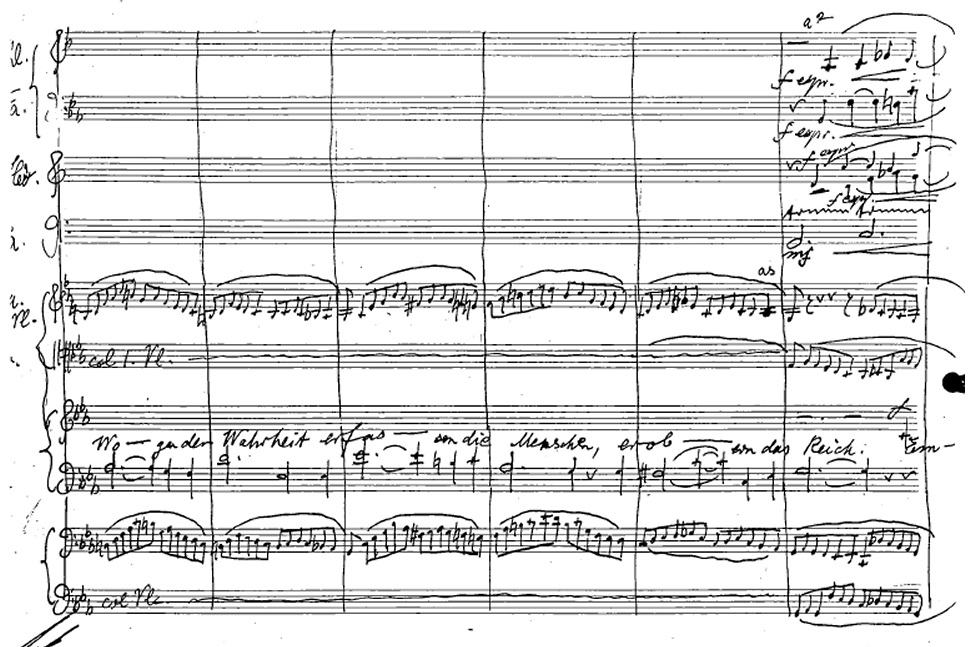 7 Works for Choir and Orchestra 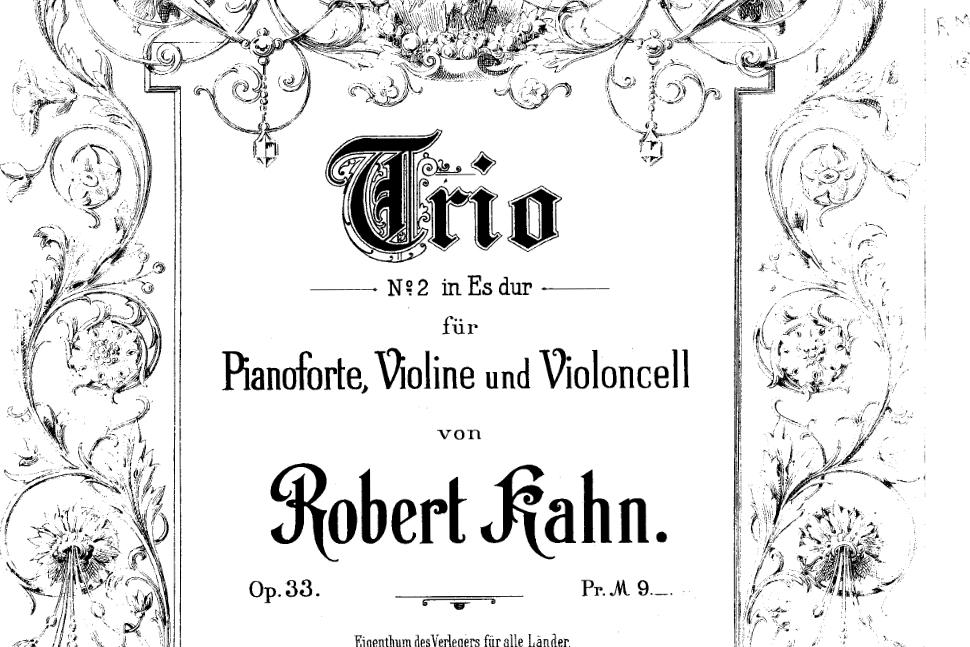 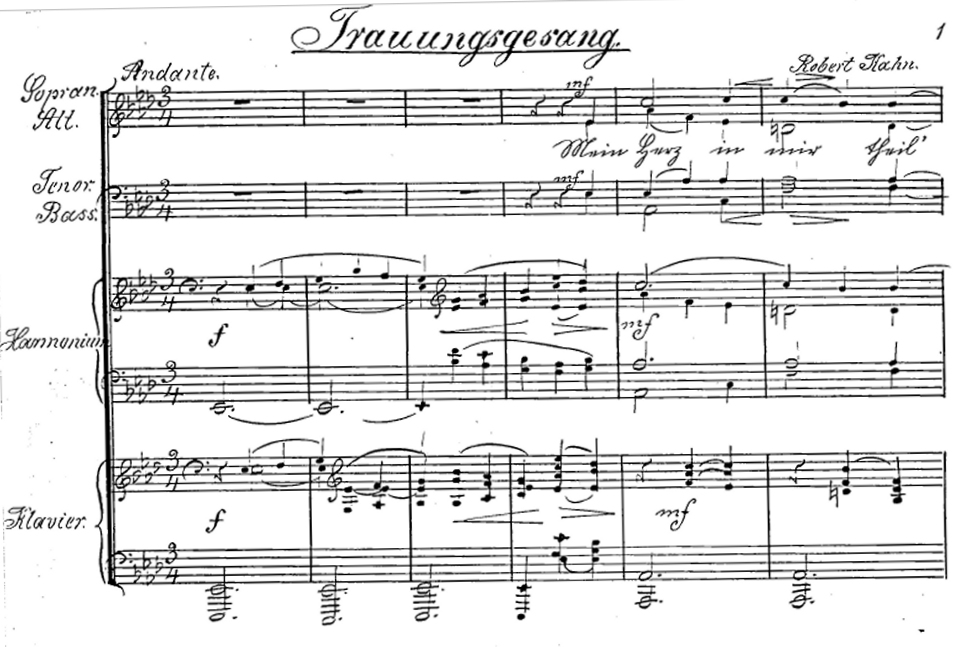 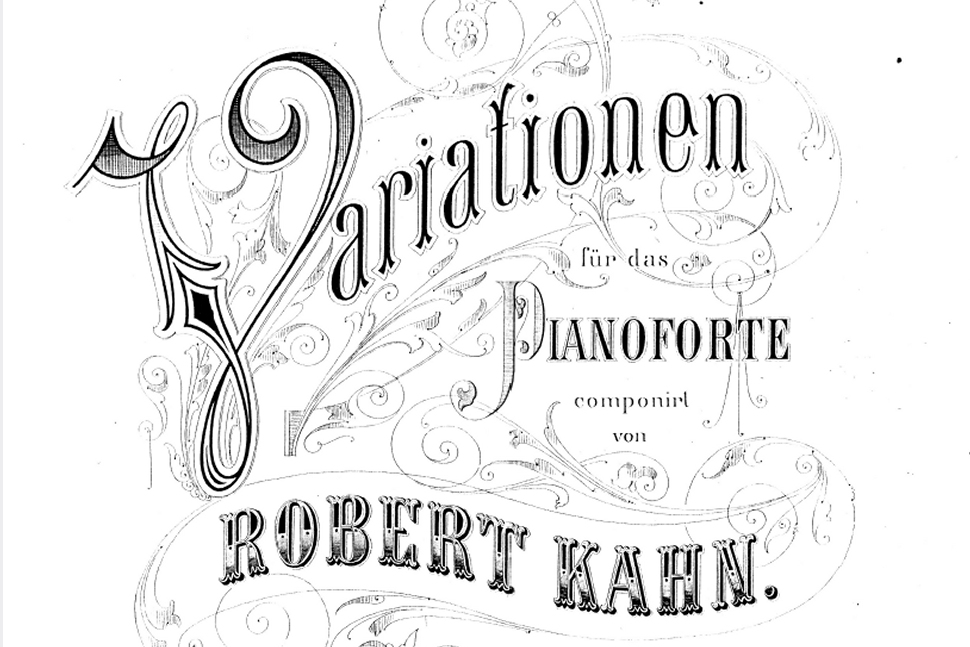 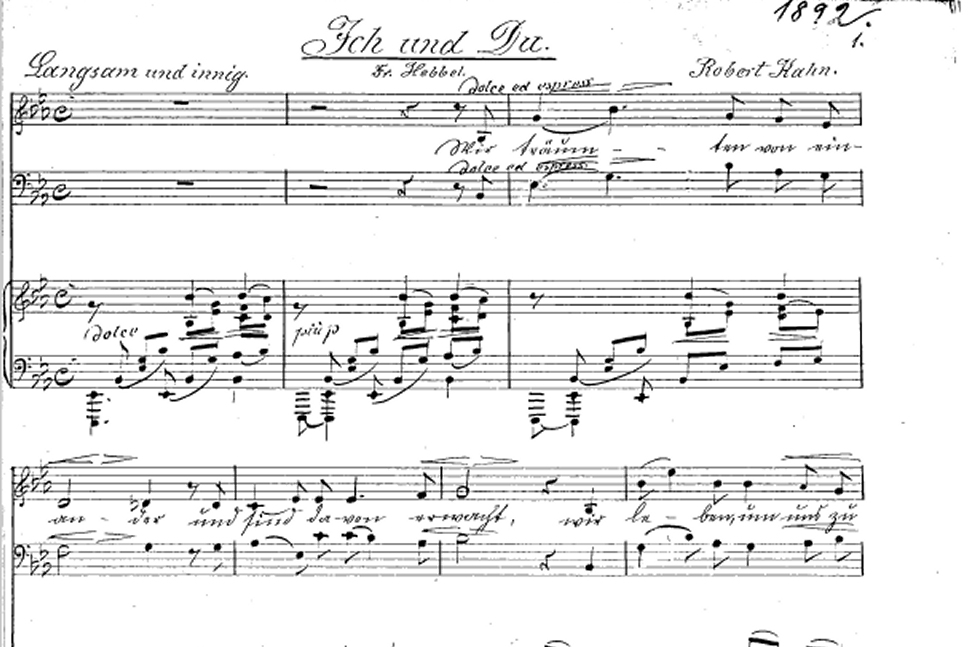 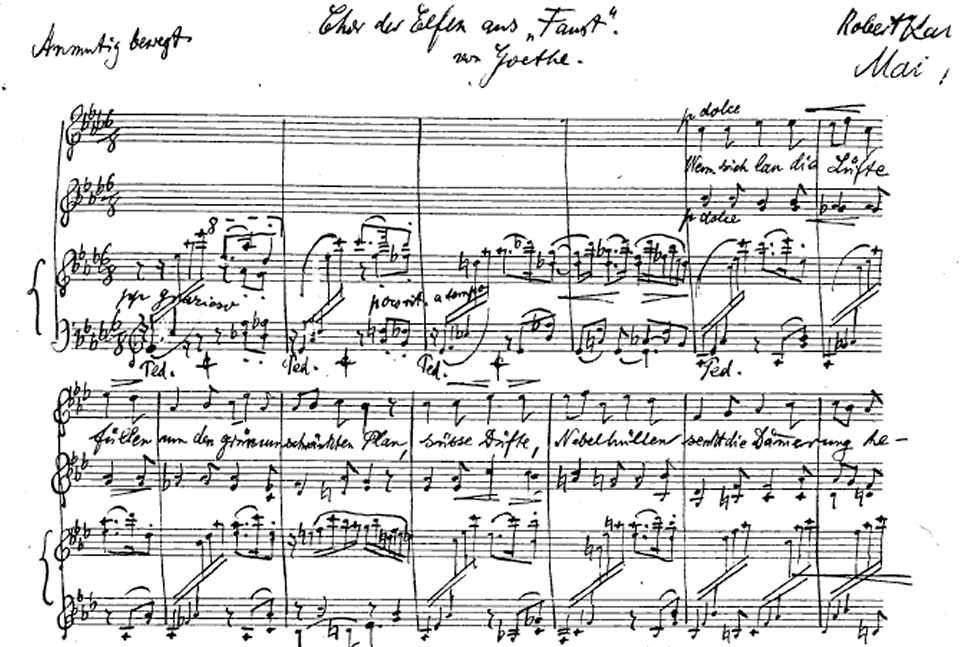 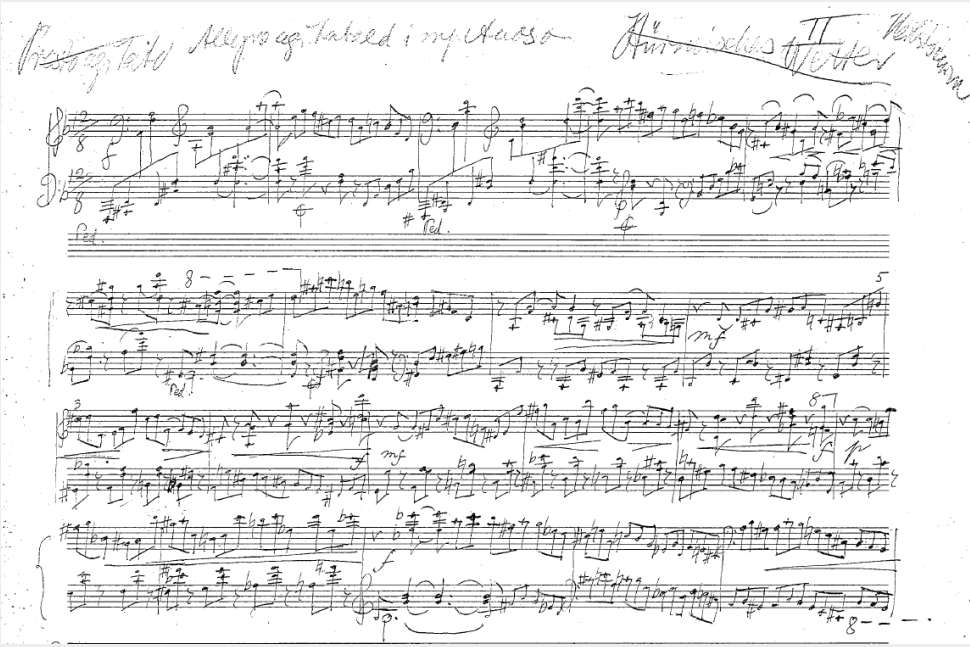 in Manuscripts and seperate printings 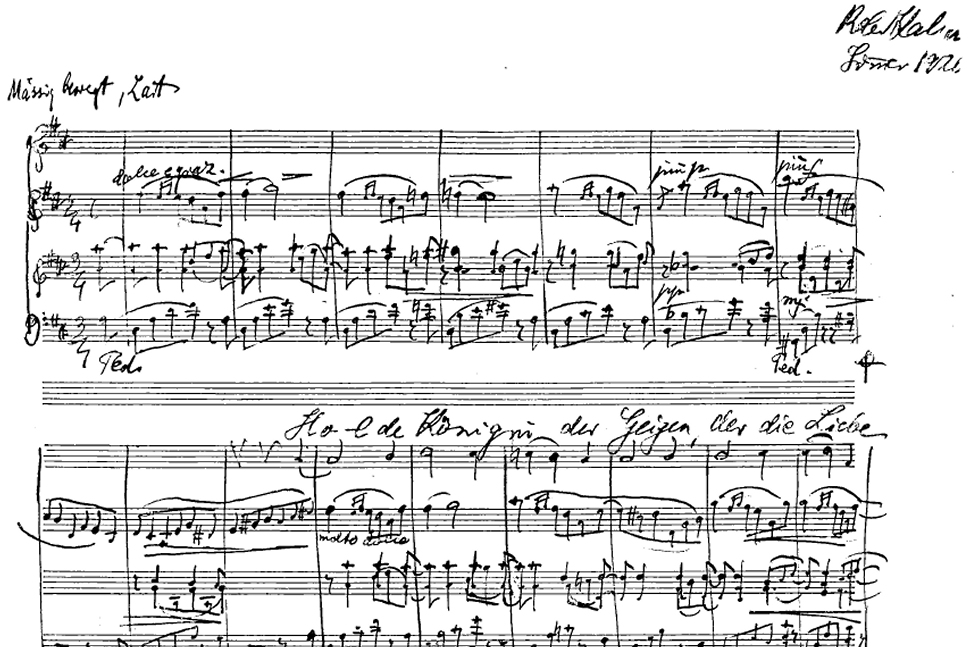 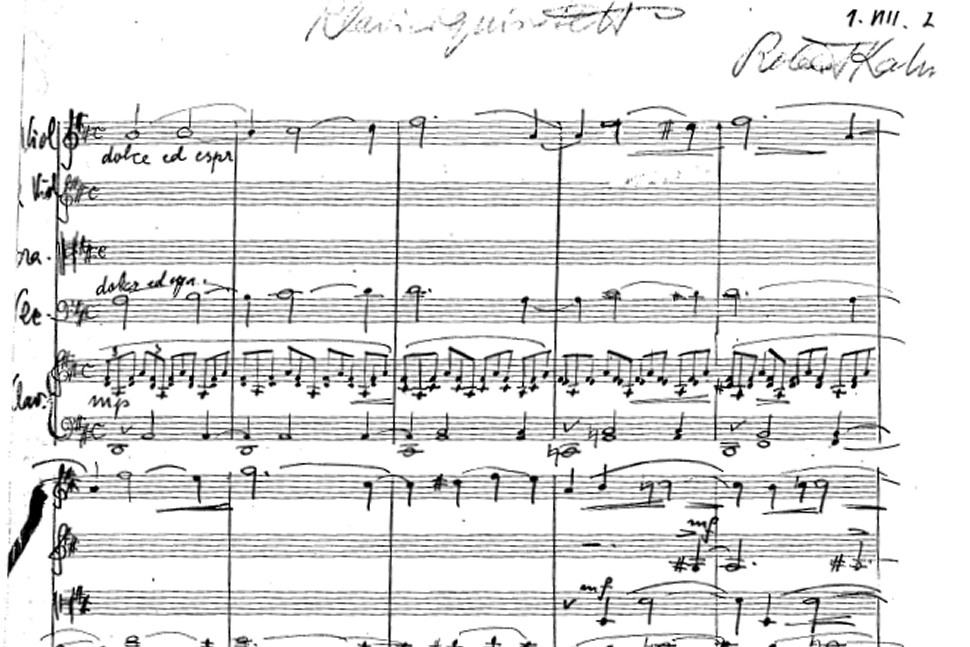 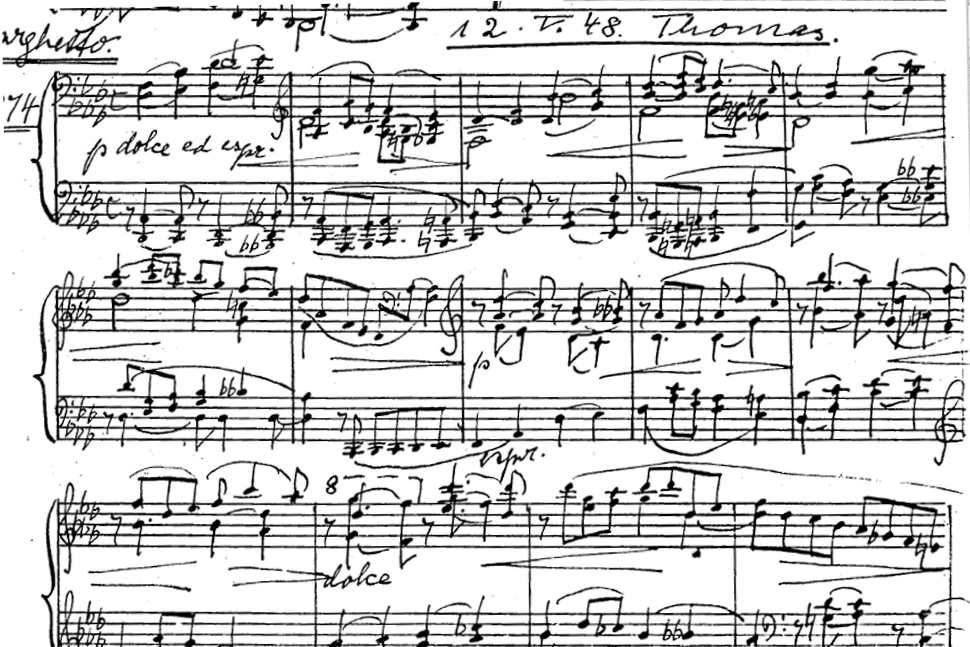 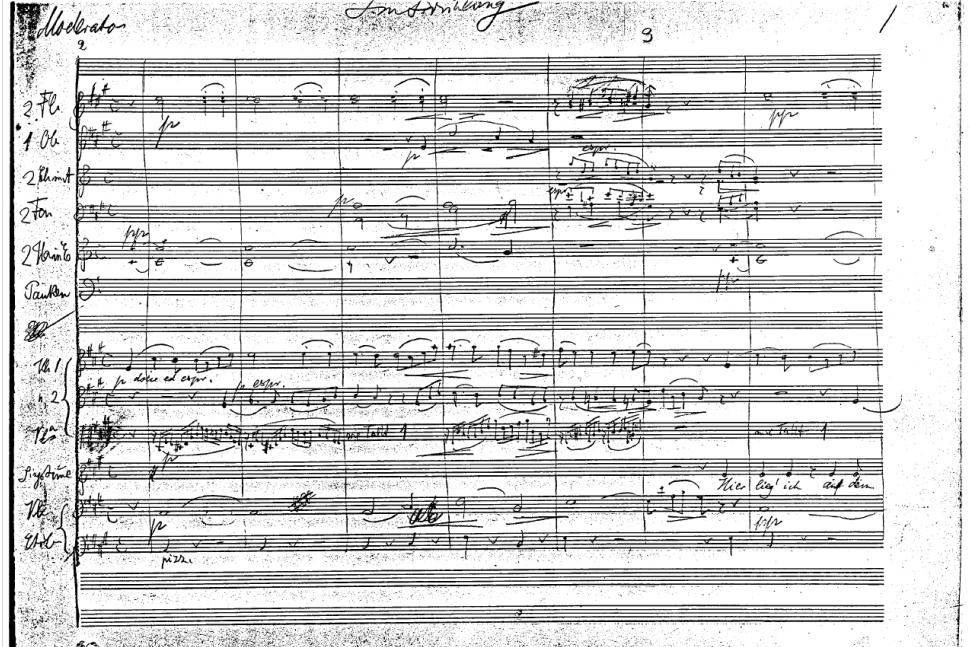 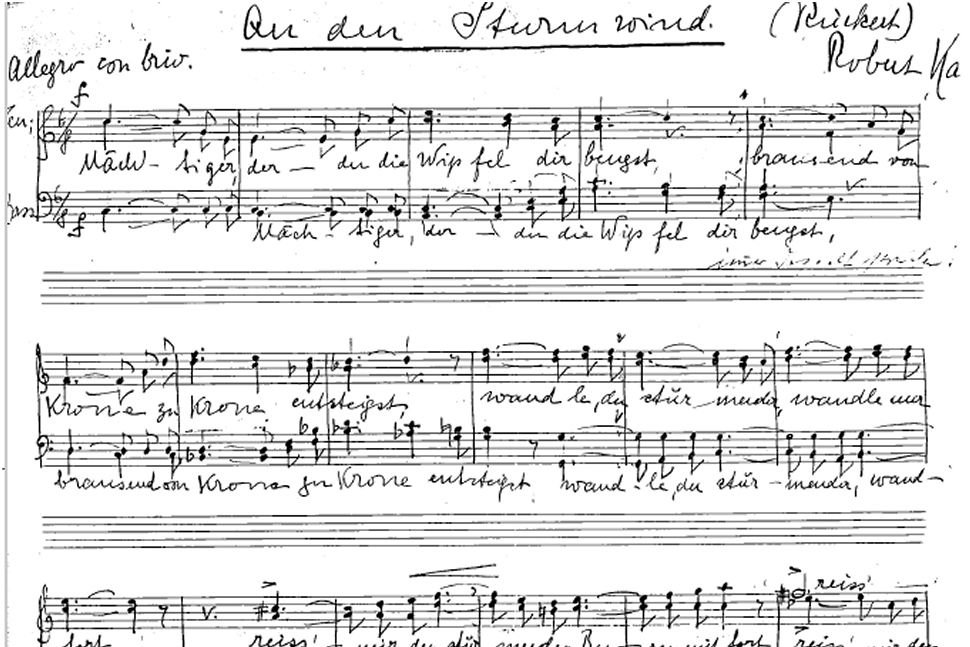 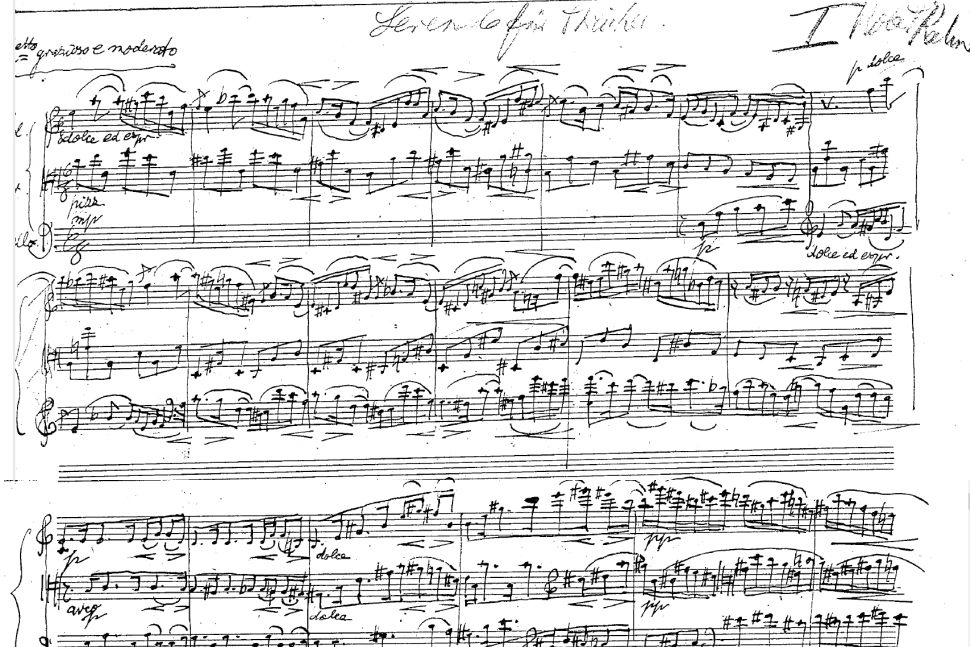 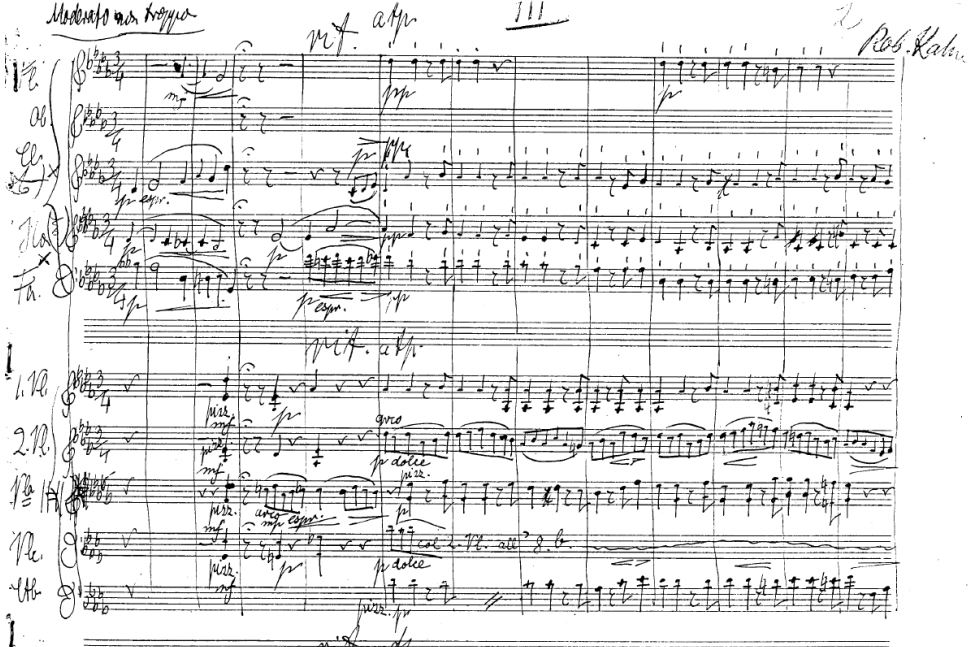 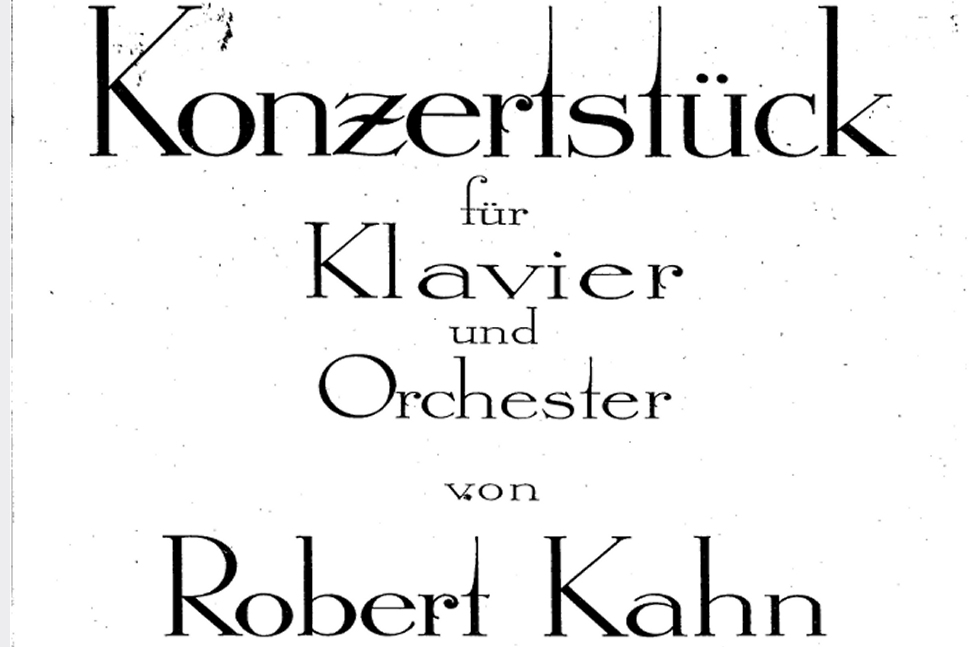 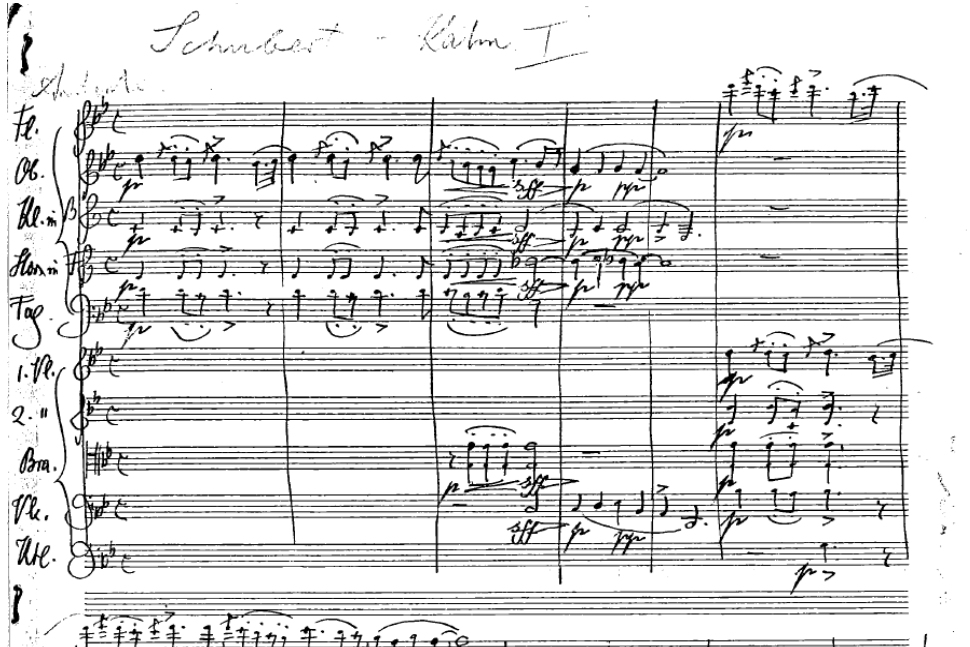 of music by Bach, Schubert and Folksongs